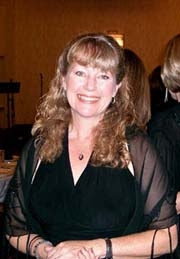 I'm going to jump on here early tonight (because tomorrow will be crazy hectic) to tell you a little bit about the book I read this week: The Other Daughter by Miralee Ferrell (available at your local bookstore).

The premise of the book intrigued me: When Susanne opened the door on her birthday she didn't find glad tidings, she found a teenager claiming that her mama was dead and Susanne's husband was her father. First, the girl would have had to be conceived during their engagement and second, Susanne thought she was her husband's first and only. What great havoc follows.

Just based on my own life, this premise gave me chills. Ewww. What would I do if this happened to me? (First I'd throw him off a bridge and if that didn't work I might feed him seafood every meal for a month. (Yes, Hubs knows my standard answer is: cheat on me and I will throw you off a bridge. He also knows the Christian answer which is you can stay and prove you've changed, but you are sleeping in the basement. Bridge first, basement second. I don't know why we talked about this. I think it was before we were married. K, 'nuff about me.)) Interestingly enough, Miralee has something of a history of just this thing. Here's what she has to say.

Congratulations on the release of your debut novel, The Other Daughter! I know you're excited, and we're all excited for you. As a reader, I'm fascinated by the primary topic in your book - that of an unknown daughter showing up on the doorstep, and the unavoidable upheaval in the lives of those people her appearance impacts. What prompted you to write about this type of circumstance?

Thanks and yes, I'm very excited. A friend suggested that my first book be based on something true from my life, if possible, as I'd have an easier time fleshing it out. I began to brainstorm a few 'what ifs' from our marriage. What if the 18 yr. old girl who'd written my husband a letter claiming to be his daughter, had been a young teen without a mother instead, and we had to raise her? What if her conception had happened while he and I were dating, rather than prior to our meeting, as was the case? What if I were NOT a Christian and he was, and I struggled with Christianity and his faith? Hmmm....well, that's exactly what it took to ignite the story within and it grew from there and became, The Other Daughter. And to answer anyone panting to know, LOL---yes...the 18 yr old girl WAS his daughter from his 'Before Christ' days and yes, we keep in touch and have a solid relationship with her and her family.

Can you imagine? NO BRIDGE! Isn't she sweet? (Though technically he didn't cheat, so who knows what she is really capable of? LOL!)

If you'd like to read the opening scene of The Other Daughter you can do so here. And tell her I sent ya. OH! And if you leave a comment on this post, your name will be thrown in a hat where one lucky person will receive a copy absolutely free.

Hey girl, thanks so much for the blog coverage on my book! I so enjoyed your post and I hope your readers will jump in and leave a comment or two for a chance at a free book. Blessings, Miralee

This sounds like an absolutely fascinating book. Thanks for the info about it's "conception".

I've read quite a few good things about this book, but never anyone telling what it was actually about! And now that I have a clue as to the subject, it's definitely going on my TBR list!