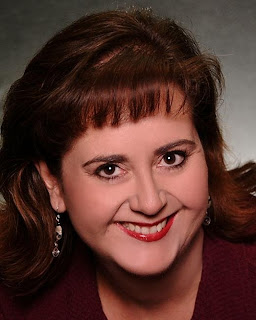 Teenagers are the whip-lash of parenting.

I think there’s another age when they’re like this, but with 13 and 17-year-olds in my house, I’ve blocked it out.

Teenagers have many advantages. They come to you in the middle of the night and tell you they’ve just gotten sick. Which they’ve done in the bathroom. Where sickness ought to happen. And they inform you it’s happened, not get sick ON you--a distinction for which I am eternally grateful.

On the other hand, they roll eyes to masterful effect. NO ONE on the planet can make you feel un-cooler than a teenager. Even if you the absolute coolest Mom in the universe, your teens will find you an endless source of mortification.

People often ask my kids, “Aren’t you proud of your mother the published author?” Now, these people are obviously not parents, because no parent would subject another mother to the certain outcome of that question. Which is, in my case, a vacant and an oh-so-bored-with-it expression. Usually accompanied by various forms of “no” or “not really,” or, on a good day “I suppose” (said with the requisite obligatory tone).

Then again, the other day, my 17-yr old daughter bounced around the kitchen all affectionate and adorable and pronounced, “You know, my friends think you’re so cool.”

Yep, that’s me, the cool mom. Told you. Maybe for only one day out of seven, but I’ll take those odds.

Life, it seems, is the ability to take what’s thrown at us. Roller-coaster emotions, medical emergencies, interpersonal trauma, projectile vomiting (no pun intended). We teach our kids about life by handling life right in front of them. I live in hope that one day, whist enduring the slings and arrows of my outrageous future grandchildren, my kids think back and wonder, “Can I handle this as well as Mom did?” Fantasy, I know, but leave me to my delusion.

My heroine Dinah goes through a lot of parental trauma in BLUEGRASS BLESSINGS. The whiplash--you’ll discover if you haven’t already--goes both ways. Eldercare has as many land-mines as parenting. It has as many blessings, too. Dinah discovers hers where she least expected them. That’s my hope for all of us.

BIO:
An avid knitter, coffee junkie, and devoted chocoholic, Allie Pleiter writes both fiction and non-fiction. The enthusiastic but slightly untidy mother of two, Allie spends her days writing books, doing laundry, running carpools, and finding new ways to avoid housework. She grew up in Connecticut, holds a BS in Speech from Northwestern University, spent fifteen years in the field of professional fundraising, and currently lives in suburban Chicago, Illinois. The “dare from a friend” to begin writing nine years ago has given rise to a career spanning two parenting books, six novels including the multi-nominated MY SO-CALLED LOVE LIFE, and various national speaking engagements on faith, women’s issues, and writing. Visit her website at www.alliepleiter.com or her knitting blog at www.DestiKNITions.blogspot.com

BOOK 3 IN THE KENTUCKY CORNERS SERIES BY ALLIE PLEITER

Everyone in Middleburg, Kentucky lines up for baker Dinah Hopkins’s cinnamon rolls. Everyone except her handsome new landlord, Cameron Rollings. The jaded city man doesn’t like anything about small-town life--from the fresh air to her fresh-baked snickerdoodles. And he clearly considers Dinah as quirky as her eccentric oven. The way to Cameron’s heart is not through his toned stomach. But the Lord led him to Kentucky Corners for a reason. And Dinah plans to help him count his bluegrass blessings.