Fearfully and Wonderfully Made

My kids and I have a tradition at the first of August to go on Special Dates. One at a time, they get to go out alone with me and shop for school supplies, clothes, shoes, and a Pick Your Poison treat. Oh, yeah, and a $10 toy that they Don't Have To Pay Back (wow! *gasp*) 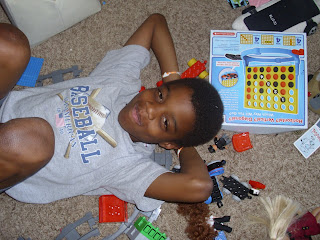 I started with Eldest as, well, he's the eldest and that should count for something when you have to start somewhere. We hit Old Navy for their cheap before school sales (in this case polos and jeans). He got into that. Chose his things. Seemed to be surprised that he got more than one or two items. (This, my naked child, because he refuses to focus on clothes.)

Next stop Kohl's, in which I made the mistake of walking directly through on my way to the boy's department, as the direct route passed the toys. It was all over. It was all I could do to force the child to pick some shoes. He tried on ONE pair. Declared them perfect and, unable to curb his excitement One More Second, we checked out and headed to Target for him to get his most favored Battle Gear. Whatever. Couldn't get him to focus on school supplies. Barely got him to choose a backpack. Finally dragged him to the register, paid and fed him a slushy while he played with his new thingie in the back seat.

What was your favorite part, Eldest? THE TOY. 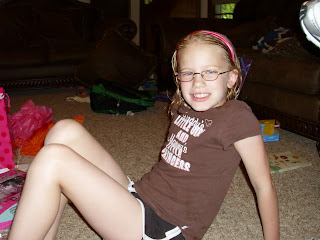 Next stop, Princess. Same routine, except she thoroughly enjoyed her shopping experience at Old Navy. Except for the fact that her style and her mom's do not agree. And she only wants to wear blue. Couldn't believe I'd let her have the glitter shoes. Didn't need to go to Kohl's. Enjoyed Target, but couldn't focus on school supplies. (We're in a bit of denial.) Really, Really, REALLY wanted to go to PetSmart. Got an Icee and walked over. Cruised through. Really, really, really wanted to go to JoAnn's. Loitered until I was certain her daddy would go bonkers. Finally asked if she was trying to find a specific toy or if she was just trying to blow the money because she knew she had it. Agreed, after she answered, that I would buy her a toy on another day when there was actually something she wanted.

What was your favorite part, Princess? besides being alone with you? the Icee. 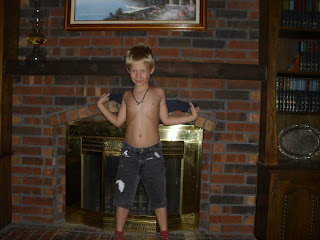 Finally, Frodo. Having learned my lesson, asked him what he was most looking forward to. Shoe shopping. Went to shoe carnival. Tried on lots of shoes. Chose the first ones he saw when we originally walked through the door. Saw them three days ago with eldest at Kohls. I imagine they were cheaper there. Trying not to think about it. Out to Arbys for one of those Gray Meat Sandwiches. (Another story, another day) Old Navy. Has more expensive taste than his siblings. Got half the stuff for the same money. Still shocked out of his socks that he got as much as he did. Guess that makes it OK. Onward to Target for school supplies. Liked the folders. Wanted a journal. And a rubber band ball. Picked a ruler. Picked pencils. Found the correct notebook paper. Picked spirals. Happily skipped around the cart while I picked up some things for his sibs. When we discovered that the snack bar was closed, joyfully picked out an Orange Crush. Super happy to get a toy. Smiled the whole night.

Frodo, what was your favorite part? Shoe shopping.

Two observations: 1) Always start with their favorite part. They'll participate in the rest more agreeably.
2) Despite the fact that Frodo can exhaust me with his chatter about video games that I care nothing about, I always knew that child had something in him of me. Now we know it. Shoes.

"Besides being alone with you?" THAT makes me cry! in a good way.
She's so sweet.