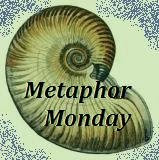 Charming has developed a nasty habit.

But you see, he used to not nap, or nap early and the elder sibling pick-up was not an issue. Now Charming falls asleep before noon and I still have to drag him out of bed at 3:10 to get the kids. Every. Day.

He wakes, okay. He gives me a little smile. He might even play nice. Right up until I walk towards the van and attempt to strap him into his car seat. Then all heck breaks loose. The arched back. The flailing arms. The screaming. Oh, the screaming. I don't EVEN want to know what the neighbors think.

I wrestle. Whisper consoling things. Wrestle some more. Finally get one strap fastened. Head for the other. Whisper calming phrases. Break out in a sweat. Wrestle. Finger my ringing ears. Win. And pull out of the driveway.

Charming screams and flails all seven minutes it takes to get to the school. He screams. He beats on himself. I can hear the slapping. I see the fingernail claw marks. He continues to fight his confinement and the audacity of being forced to sit in a car seat when what he wants is a nice soothing "chur" upon awakening (and lest you wonder, I've tried waking him 30 minutes early to provide said chur and he is still furious when I pull him off to get in the car). Hysteria. If boys can have hysteria.

And I just know there is a metaphor in here somewhere. I mean, don't we all do this in some way? We fight and resist what we know in the end we have to do anyway. We might even hurt ourselves in protest because there is no one else to hurt. And our Father probably is continually whispering consoling phrases like I know you don't want to do this, but you need to anyway.

In the end we pull ourselves together and obey. Or we don't. But it doesn't change because of our self-mutilating fit. That only left us exhausted and angry.

And the love of our Parent was steadfast throughout.

(see more metaphors here in case the link doesn't work on the image)
Posted by Chaos-Jamie at 2:07 PM

Good metaphor. I know I do the same thing with my Father sometimes.

Before I had kids people told me I would learn a lot about God from my relationships with my kids. I didn't quite know what to expect, but you have hit the nail on the head.

OH, I've been planning to write a book for years about the things I've learned about God from my kids.

Of course, why would anyone pay for the book when I post all my lessons for free on my blog? ;)