My daughter is intellectually very bright, but many of her actions would lead you to believe she is.......not.

For instance, this morning she took a full, dripping, tea bag out of a lukewarm mug of water in order to put the mug into the microwave to heat up the water. Her reason being, she wanted to watch the tea color disperse and she couldn't do that if the tea bag was in the water while it was in the microwave cooking.

FYI: this all happened in response to a very long discussion about how tea bags work, how fast tea bags work, and whether used tea bags work as fast as new tea bags. This was a leftover tea bag of mine from the night before. She started her experiment with tap water and since it wasn't going fast enough, wanted to heat the water up. Thus, the dripping tea bag.

Which she placed on a tall stack of napkins.

And it, of course, soaked through the entire stack of napkins.

Which was pointed out by her brother who has street sense like you would not believe.

At which point I said to my daughter, "Princess you are a supremely smart little girl, but you have the common sense of a.....*pausing to decide if gnat or post sounds nicer*..."

And she says, "Sock." Which we all get a huge laugh out of.

And then she says, "Because you know, a sock doesn't have much sense if it chooses to spend its day on a foot." 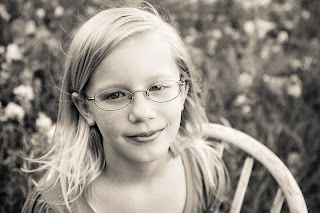 See what I mean? Brilliant.
Posted by Chaos-Jamie at 10:00 AM

Not that I know anyone personally like that. Nope.

belly laugh! I've missed you Mrs Lemon. I just realized a few days ago you weren't feeding into Facebook and I'd missed ages of posts.

Ah, Jamie, the stories I could tell you about Mrs. Lemon!!! Yes, Ma'am, your daughter has a l-o-n-g way to go to catch up to that daughter of mine!;-)