It Was Bound to Happen

This morning I caught myself counting heads and coming up short. Very aggravated, until I figured out what was happening. 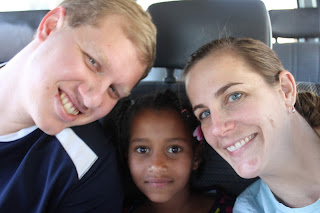 Yesterday in the library a friend of mine congratulated me on my 5th addition. I told her, "Oddly, it feels eerily similar to being the mother of four."

And then I went on to tell her not to judge me, but that I was OK with it. I was focusing on enjoying the four kids I could actually converse with.

I know. You can't believe I just wrote that, can you?

And then this morning it hit me. That all encompassing, heart gripping, stop me in my tracks, love for my little girl in Ethiopia. 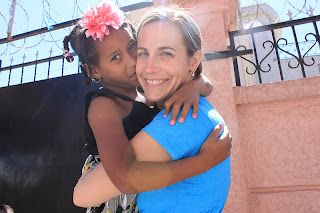 Up until this point, well, after I met her and up until this point, I've been practicing the non-Biblical phrase "Love is a Choice." I was choosing to love her. Because, frankly, she didn't make it very easy. Everyone ELSE that meets her talks about how sweet she is. How kind she is. How puts others before herself. How easy she is to love.

I didn't see it.
That didn't come out right.
I didn't experience it.
That's a little closer.

I know, you look at that photo and say, "She looks like she likes you to me." I know. All three times she let me hold her, we got a photo. They are the ones we share.

Most of the pictures I have of her are taken with a telephoto lens because that is how close she let me much of the time. Except for right before we left each day and made her let us hug her. It was crazy.

I could tell that she was kind to the other kids. That she took care of those younger. That she would rather not be the focus of attention. And, don't get me wrong, she is a firecracker. She has spunk that will serve her well in a family of seven. She's independent. She's fierce. She doesn't take any crap. 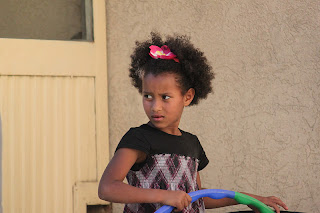 Look at that face. She will not be someone's doormat. I love that.

But she isn't likely to let you know she needs you.

That's harder for this mama to take.


She let everyone in, but us. And I can rationalize it and see that she knows we're the parents so we are the only ones that "aren't safe" to let her walls come down. At least not yet. And I don't even fault her for it. Nor do I need you to tell me all the reasons this is healthy. My ego can take it. But it was a rough two weeks that I never want to repeat. It sucks to be the one person in the city that your kid spends most of her time avoiding.

Each day I woke, ready to fight for her affections and each day, eventually, I just quit trying. I'd fall into bed crying, wake ready to win her over, only to end the day discouraged. Over and over and over again.

And I won't lie to you, it made the goodbye much easier. She wasn't about to let me see her cry and since she held it together, so did I, almost. I spent a lot more hours crying over the rejection than I did over the goodbye.

Today I can't stand it that I have a kid I can't hug. (Not that I'm sure she'd let me hug her anyway, but that's a bridge we'll cross later.)
I miss her.
I want her.
I would even face her rejection day upon day just to be with her.
I'm ready to pull down that wall brick by brick.
So that these moments: 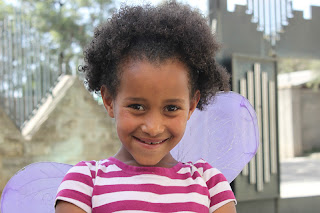 I hope this helps you and comes out right -I am slowly learning this - I can't make K love me. Can't make her accept me. But I can love her. I can accept her. This may not apply to every step parent situation but I finally quit pretending she was my daughter. I stopped expecting her to treat me as her mother or even a step mother, an aunt, or even a relative. Many well meaning and more experienced mothers told me to do it, and it does not work for our family. When I stopped pretending that, our relationship immediately turned around. I wish I had learned that sooner. We are getting along much better now.

Any one who has had a 13 to 15 year old daughter share at least a little of what you are feeling - fortunately, those challenges mostly went away after a year away at school. Age 15 to 18 is another story. Kind of like a lost coffee cup. I know it's here, but wonder where Mrs hid it. Sr.

Ok so as you can tell by the constant comments here today, I am playing catch up. As someone who witnessed a lot of this whole post firsthand, I am just going to say one thing. She's a Driggers. She's probably going to end up reminding you of yourself more than you can ever imagine. I can not wait to watch the two of you unwrap eachother.