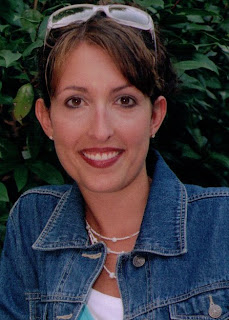 Mysteries that play havoc on the nerves and the funny bone!

Q: Tell us about your featured book.

A: In Suspicious Minds, crime-scene cleaner Gabby St. Claire takes a mold remediation job to make ends meet. While in the crawlspace of a dilapidated old house, she finds Elvis—dead and still wearing his blue suede shoes! Gabby can’t resist sticking her nose into another investigation. Along the way, she tries to figure out her love life, her spiritual life and the wacky world of Elvis impersonators!

Q: Where did you get the idea for Suspicious Minds?

A: I’ve been writing for my local newspaper for five years now. One interview I did was with an Elvis impersonator (or, an Elvis Tribute Artist, as I was quickly informed) performing at a senior citizens’ center. I had no idea what to expect before I went. After I finished the interview (and I’ve had easier times getting interviews with senators than I did with this guy after his show), the president of his fan club came running after me as I walked to my car. She presented me with an autographed picture of him. I thought, this man has a fan club? The ideas spun from there.

Q: Your book touches on the issues of loneliness and abandonment. Is this something that you’ve dealt with?

A: In some ways, the more I write, the lonelier I become. Writing is such a solitary job and best writing times are often my worst times of isolation. I struggle with being alone and feeling unconnected. For my mental well-being, I make sure I get out of the house several times during the week. Sometimes I’ll take my computer to Starbucks and work there. Other times, I’ll participate in different “mommy groups.” It takes effort, though. I’m a more effective writer if I’m out and among people. But, as the book points out, you can be surrounded by people and still be lonely.

Q: I heard you’re doing some local Mystery Dinner Theaters featuring characters from your book. Can you tell us more about that?

A: I’m so excited! The way everything has come together for the Suspicious Minds Mystery Dinner Theater is truly because of a Higher Power. I had the crazy idea to write a mystery dinner theater for the release of my book. But doors began opening up and it’s evolved into something much bigger. I actually have a troupe of actors who are willing to perform the play several times in the summer and once a month after that. Churches, libraries, schools and clubs are hosting the event—they’re in charge of the food and advertising. Any donations for the event will go directly toward whatever project they’d like. The actors will come in and act, giving them an outlet for their talents. And I’ll sell my book afterward, a portion of the proceeds going toward whatever cause is featured. It’s going to be a blast! We still have some dates open. If anyone is interested, they can email me at cebarritt@yahoo.com for more information.

Q: Do you ever find it hard to balance being a mom and writing?

A: Definitely! But I’m learning to trust my gut to know when I’m off-balance. Then I need to take time to evaluate how I’m spending my hours. Life is constantly a process of learning, changing and adjusting!

A: I’m writing the third book in the Squeaky Clean Mystery series. Gabby, of course, has to get into some more trouble! But she also explores her relationships… from friendships, to romance, to God. She has some unresolved issues from her past that she needs to lay to rest. And, of course, she has crime scenes to clean!