My eldest sister was the homecoming queen. She got the lead in many musicals because she could sing like a canary and act as well. She was a cheerleader. She did well in school and teachers liked her. I idolized her.

My middle sister was valedictorian. She could act believably. When she was lead in Our Town she cried and made the entire audience join her. She was a cheerleader. She OBVIOUSLY did well in school and teachers liked her. (She would probably add in, at this point, "except for Mrs. X who hated me." We all have one.) I idolized her.

I went through the eighth grade simply on my sisters' reputations. Oh, here's another H girl. She'll be OK. Teachers liked me because they liked my sisters. I got privileges, not on my own account, but because of the family name my sisters perpetuated. This one will cause no trouble. I did everything in my power to make sure that was true. I flew under the radar. I was an above average student, but not top tier. I was a cheerleader, but not a great one. I can't act to save my life, but could sing passably well. Enough to be on stage, but not lead. I could find my way into StuCo, but not hold a big office. I excelled in triple jump....until I taught another friend how to do it. She beat me at the next track meet and eventually won state. I consistently took 3rd or 4th. I lived my school days in the top 20%.  I know life in the shadows of a shining star.I remember crying to my parents my senior year of high school, "Second!Or third! NEVER first! I will NEVER be first, or most important, or great and ANYTHING!"

So, you can imagine my HORROR when I find myself surprised at parent-teacher conferences that my Frodo is doing very well. He's a "solid student." He is "interested in lots of things." He's "a great reader." He's "no problem." He's "a great kid." 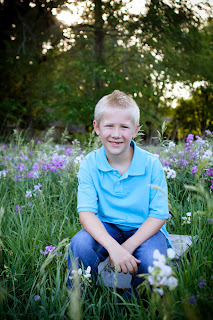 When I opened his grade card last month, and saw all A's it surprised me.

And why? Well, partly I can blame his first two years of school when we started him and shouldn't have. I wanted him to go to school with his buddies who were mostly 6 months older than him and far more ready for school. Reading didn't click until Christmas and by then he'd already labelled himself as "dumb" because many of his friends were reading pretty fluidly by then. Partly it's because he just doesn't give a rip about things academic and what he doesn't care about, he doesn't put much effort into.

And partly, it's because he is the third in a line of overachievers.

You would think I would know better. I, who had migraines beginning in the fifth grade trying to be as good as or better than those who had gone before me. (Not only my sisters, but anyone who I perceived as better than me in any way.) I tried to fit the H girl mold. I didn't break out of it until we moved and when I got here, my reputation was based on the new kids that came before me: trouble makers. Yay. So then I had to work my way out of THAT.

College was a welcome diversion. I found out that I can be my own self with my own interests and it was OK.

I try pretty hard to not try to make him into his siblings: hard worker, athletic, can run like the wind, compassionate and giving; or brilliant, outside-the-box thinker, spiritual, world aware.

And maybe I have tried too hard to make them individuals and forget there can be some crossover. As in: artist whose academics come so easily that he doesn't even have to bother thinking about them while he's drawing.

And Dad....no treatise of "all the things Jamie was good at." This isn't about me. I am a relatively mentally healthy adult. Not casting blame upon my parents. We all do the best we know how to do. OK? OK. No one tried to make me into my sisters but me.

That is the part of parenthood I DREAD. Because of course my kids will be brilliant, in their own ways, and will find their own niche with no competition amongst each other.