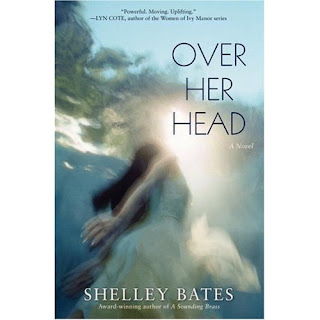 I started the best book today. You'll never guess what it was, will you? LOL! Let me give you back cover copy:

Laurie Hale has the perfect life--and the perfect family to go with it. She imagines fun, love, and academic success for her daughter, Anna. But when one of Anna's classmates is found murdered and the police start asking questions, fear and suspicion threaten everything Laurie values.

Anna isn't the only suspect--a whole group of teenagers seems to be involved, but none of them is talking, and the community is in an uproar.

Laurie is asked to leave her prayer group just when she needs it the most, and her marriage bears the strain of the crisis. Laurie's only ally is Janice, the mayor's wife, whose own son could implicate Anna--or exonerate her.

Ultimately, Laurie must face her fears: What if Anna really was involved in Randi Peizer's murder? And what kind of person is Laurie if she can doubt her own child's innocence? Only God can provide the answers when Laurie finds herself in OVER HER HEAD.

You know me, can't leave the house without a book, and I've been running around like a crazy woman this being the last week of school so carrying a book and reading one isn't the same thing. But today I had a bit of time and I started this one.

And have hardly put it down. I'd say I couldn't, except I'm obviously typing now. Anyway, I'm a third of the way done and I'm really enjoying it. I've read some doozies lately (can you say purple prose?), but this book is like a breath of fresh air. Well written, compelling, and who done it?